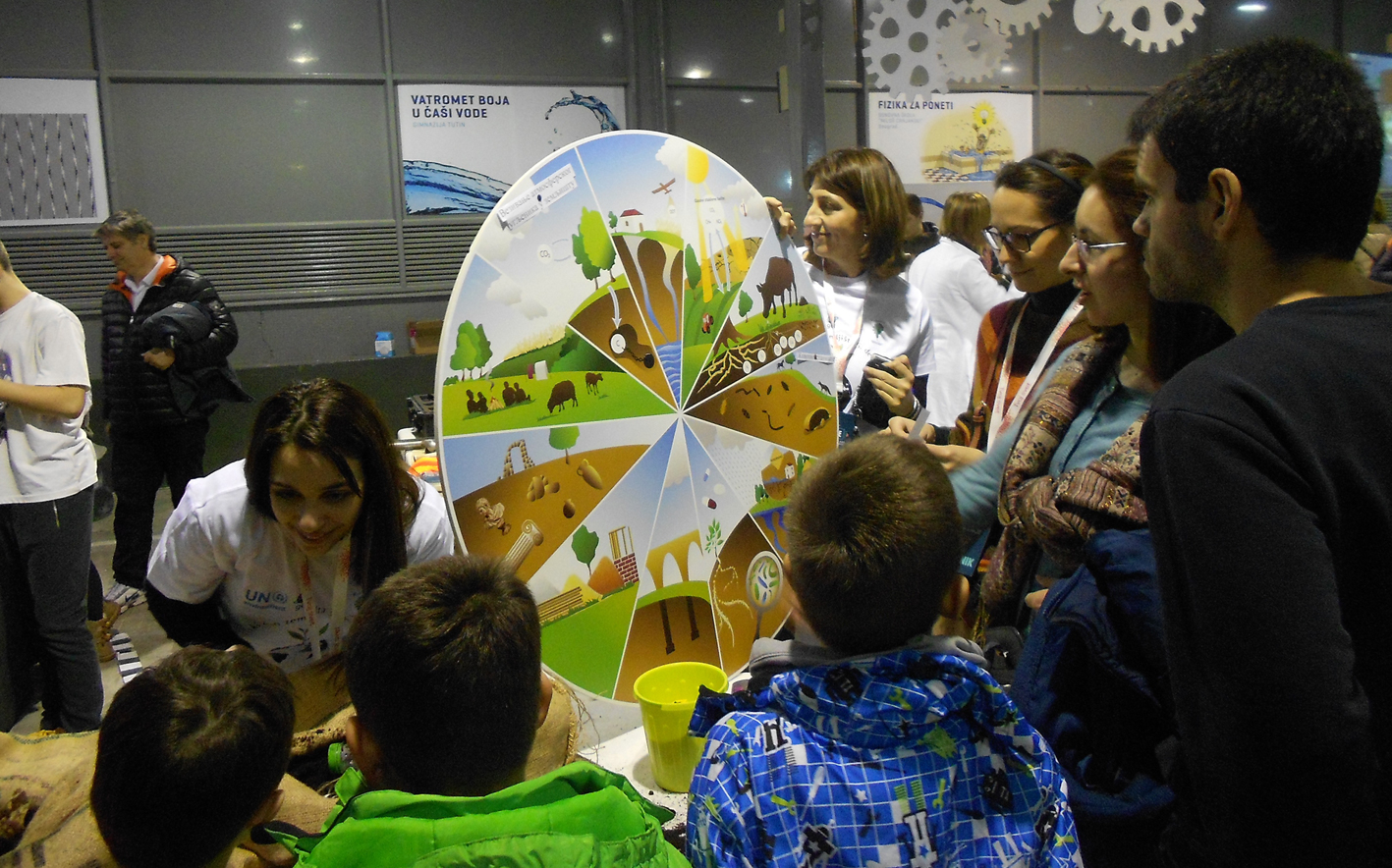 In the frame of the project „Enhanced Cross-Sectoral Land Management through Land Use Pressure Reduction and Planning“ in Republic of Serbia, UN Environment and Forestry and Environmental Action – fea, with the support of Serbian Environmental Protection Agency (SEPA) and Food and Agriculture Organization (FAO) – Project office in Serbia organized and implemented activities to celebrate World Soil Day 2017 (WSD). UN Environment, SEPA, FAO Project office in Serbia and fea undertook a range of activities at the Serbian Science Festival (SSF) which was held 14-17 December 2017 in Belgrade, Serbia. The aim of the activities was to raise awareness on the importance of soil among young population between the ages of 7 and 25. The idea was to emphasize the importance of soils and proper disposal of packaging waste through soil games for children.

Three workshops to celebrate World Soil Day 2017 were organized during the Serbian Science Festival. Two workshops were held in form of one-hour interactive lecture on 14th and 15th December 2017. The third workshop was designed as a whole day interactive event and was held on 17th December 2017. All these events attracted between 1,000 – 2,000 children and youth in an effort to highlight the importance and multiple roles of soil, and to raise awareness among young population on soil degradation issues, drivers of soil degradation, consequences of soil degradation and effects of sustainable land management.

Through interactive, hands-on and interesting workshops children learned that soils have a crucial role in food security, water purification, climate regulation and that soil delivers other ecosystem services that enable life on Earth. By searching through the soil, children were exploring what organisms live in soil and discovering why healthy soil is the root of a healthy food and what each one of us can do to protect it. Children were also introduced to soil sampling and testing equipment and had a chance to see themselves how heavy sampling probes are, what GPS is used for, how to get elemental composition by simply scanning the soil, etc. They also learned what is a must-have personal protective equipment while conducting soil sampling, including vision, facial, respiratory and head protection as well as protective coveralls.

It was observed that most participants were surprised with the facts outlined on memory cards, especially that 33% of global soils are degraded and that it is estimated that we only have 60 years of topsoil left.

WSD web campaign started one month before the event by dissemination of the workshops summary in the Program section of Serbian Science Festival website:

At these pages, all important material about the World Soil Day, information on the workshops and interesting facts were published with a purpose to raise awareness of the wider audience. In addition, on 5th December, SEPA promoted the National Soil Partnership on their website, http://www.sepa.gov.rs/download/zemljiste/5decembar2017.pdf.